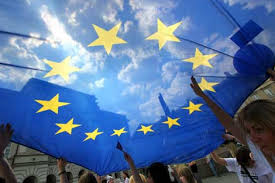 Just in time, the EU has legalized the use of medical Cannabis in the treatment of two severe forms of epilepsy. Epilepsy patients can now access an Epidyolex oral solution if the doctors think it will alleviate their conditions. However, despite the approval in the UK and other European countries, the NHS does not recommend the use of medical Cannabis. Some parents are also demanding alternative epilepsy treatments which contain components that are absent in the drug.

The UK’s National Institute for Health and Care Excellence also said that it does not prescribe Epidyolex currently as there is no solid evidence of its effectiveness.

Epidyolex is an epilepsy drug which does not contain the psychoactive compound of Cannabis (THC). Tetrahydrocannabinol (THC) is responsible for the “high” feeling that is associated with smoking marijuana.

That notwithstanding, Epidyolex has been approved for use as a treatment for Dravet Syndrome or Lennox Gastaut in children aged 2 years and above. These diseases are hard to treat and may cause multiple seizures daily to the affected patients.

Epidyolex, which was developed by GW, will be used with clobazam to increase its effectiveness in treating epilepsy.

What of other medical cannabis products?

Currently, there is a vast assortment of medical cannabis products in the market. The products that contain THC was approved for use in the UK in November 2018.

However, only specialists’ doctors can prescribe these medications in situations where alternative drugs fail to work.

Also, the NHS has made some of the unlicensed prescriptions.

Nabilone is a Cannabis capsule medicine which has been manufactured and developed to work in the same way as THC. Doctors can administer Nabilone capsules to ease nausea for patients who recently underwent chemotherapy. Sativex is another licensed cannabis-based product in the UK market. The medicine contains THC and CBD and is used by people with multiple sclerosis.

While medicinal use is allowed, the use of Cannabis for entertainment purposes is illegal.

What do experts say?

According to Ley Sander, a medical director of the Epilepsy Society and professor of Neurology at University College London, the new drug brings hope to the families and its approval by the EU is an important step forward. However, he acknowledges that the medical cannabis field is still a new venture and requires more research.

Sander also adds that the NICE did not recommend CBD for use with NHS patients. He feels its essential for the pharmaceutical industry to liaise with the medical advisory board to ensure drugs are affordable and beneficial to patients.

THC: IS IT GOOD OR BAD FOR YOU?