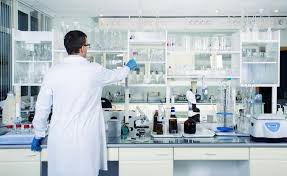 Marijuana and hemp companies producing CBD products rely on accurate lab results when marketing their products. Medical grade laboratories such as ACS are ideal for reproducibility, accuracy, and transparency, and marijuana and hemp companies should rely on such companies when testing their products. ACS was awarded 21 Emerald Test Badges for excellence in potency, safety, and containment testing.

The president of Emerald Scientific, Wes Burk, said that the Emerald Test created the Emerald Badge Program to ensure that laboratories that go all-out to provide accurate results consistently, such as ACS, have a tool that shows their success and commitment to good science and equality to their customers.

The president of ACS Laboratory, Roger Brown, said that they are pleased to work with Emerald Scientific in establishing marijuana testing standards that are needed in today’s cannabis sector as it was unavailable before. Brown further said that many companies whose tests were inconsistent in other laboratories are turning to ACS for accurate testing results. He noted that ACS is proud to be a leader in the dynamic marijuana industry with highly complex matrices.

Brown further said that one of the advantages of ACS is that they know the difference between hemp and marijuana. ACS Laboratory is DEA-registered, ISO-accredited, and it has the CLIA certificate, which means that its facilities have the necessary equipment and expertise to measure water-soluble cannabinoids found in marijuana-infused beverages, which are absent in many laboratories. He also noted that this year, ACS intends to break every record so that it remains as the most trusted testing laboratory in Eastern USA and beyond.

ACS is also leading in the marijuana testing industry discovery; for instance, during the outbreak of the vaping-related lung injuries, it was the first lab to develop vitamin E acetate test. It is also the lead innovator in developing tests for specialized pesticides such as glyphosate, paraquat, and diquat. ACS Laboratory is popular because of its ability to meet market demand through credible, reproducible, and accurate testing results, as well as its commitment to innovation and award-winning outcomes.