Understanding What You’re Buying And What Lab Results Mean

Cannabis may be legal in some states, but it is still highly regulated. Any cannabis product that you purchase from a licensed facility will be lab-tested as part of the legal requirements. These tests tell you important details about that particular batch of cannabis if you know how to read it.

With one cannabis sample looking identical to another, it can be hard to tell what it is you are getting. These tests help prove that the cannabis you are buying is safe to consume, and it gives a hard number on the potency of the product to help you with dosing.

So what are these tests? Why do we need to have them, what are they looking for? And what tests can be done? 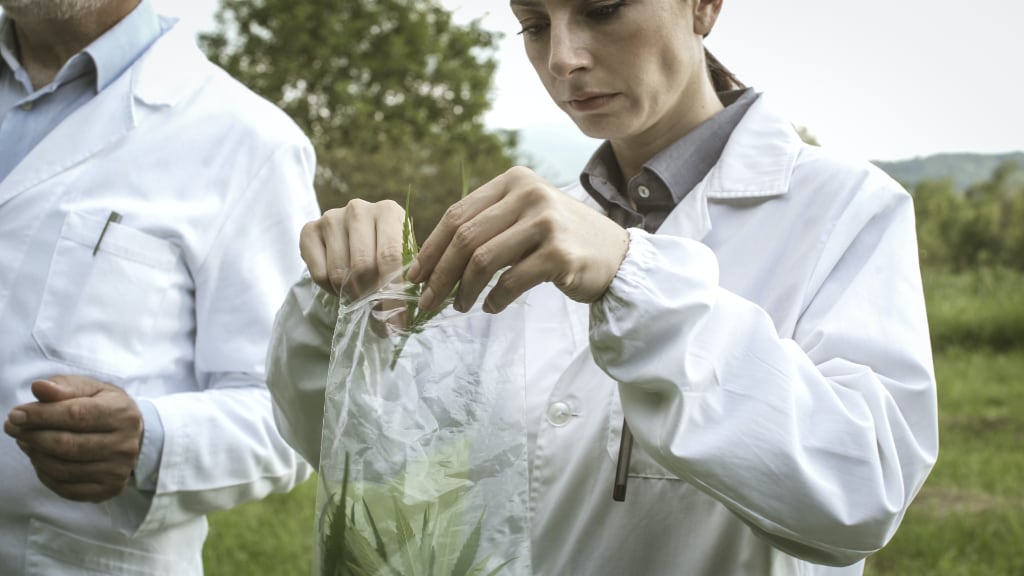 Why is Cannabis tested?

Cannabis is tested so that consumers know exactly what they are buying. States require these tests to be sure that all cannabis sold is compliant with safety regulations.

Marijuana is strictly watched, and lab results are available on file at every store where the marijuana is sold. Because it is so closely watched, it is very difficult to get dangerous marijuana in the hands of consumers.

Hemp is legal across the U.S. and doesn’t have the same testing standards. Whenever a reputable dealer sells hemp flower, they will have testing results. But for many hemp products on the market, it’s the wild west.

This lack of oversight has opened the doors to shady businesses trying to make a profit off the growing trend. There have been multiple hemp and CBD products that were sent for independent testing and came back with disturbing results. There have been extracts contaminated with heavy metals, pesticides, as well as bacteria and mold. The levels of CBD in samples also varied widely, and for a product that measures its active ingredient in milligrams, being a little bit off is a big deal.

Politicians are already being lobbied for changes to this system that will include more rigid testing requirements. Consumers can see the benefits of having their cannabis products tested.

Cannabis is very good at absorbing contaminants like heavy metals from the soil. You also don’t know whether the farmer used pesticides on the plants, or how well they treated the products. Marijuana can be susceptible to mold and mildew if not processed properly.

Different cannabis strains will also have very different properties, and it’s impossible to tell them apart. Even trained police dogs are unable to pick out marijuana from hemp. This has become a huge problem for law enforcement since hemp was legalized in the 2018 Farm Bill. While the effects of the two plants couldn’t be different, they look, smell, and taste the same.

Separating out different marijuana strains is even more difficult. Without proper testing, there would be no way to tell what percentage of cannabinoids a sample has in it. When it comes to dosing, that’s important. A strain that is 15% THC will affect the user much differently than one that is 30%. 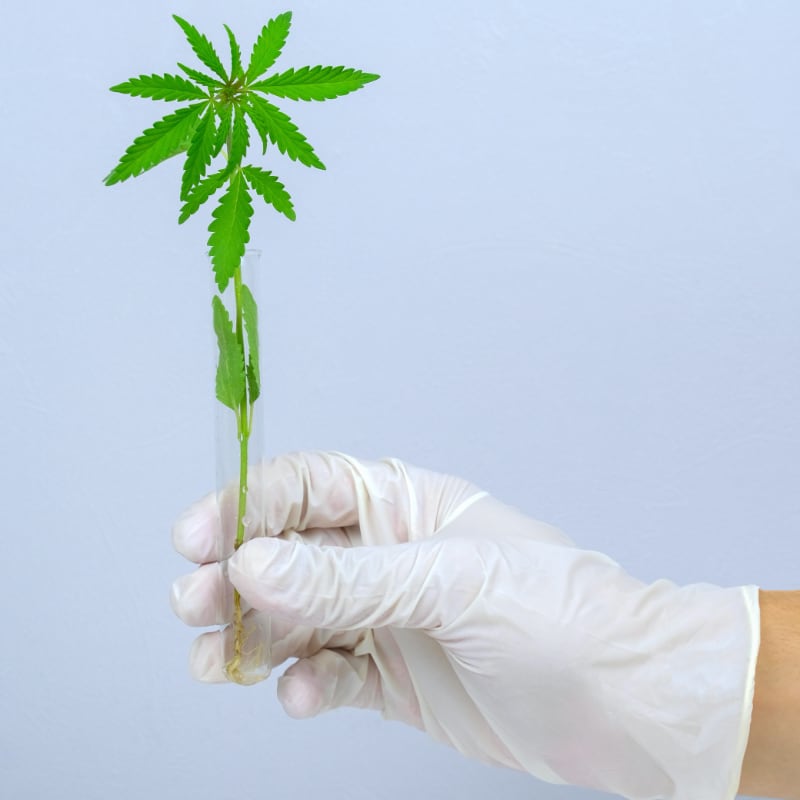 What are cannabis tests looking for?

There are many different tests that an accredited lab can perform, however not all of them are required. The most common ones are those that are required by the state. Other specialty products may get additional testing to help differentiate their product, but they are above and beyond what has to be analyzed. These specialty tests include looking at the terpene profiles of the sample. There are two main questions that most tests are required to answer.

How potent is the sample?

Testing samples for potency is critical to the sale of cannabis. Even the same strain grown by the same grower in identical conditions may end up with a different proportion of THC each year. To have accurate numbers for consumers, labs will look at what cannabinoids are present. They will look for THC and CBD levels, as they are by far the most common cannabinoids, and provide a few different metrics.

Is the cannabis contaminated?

If either marijuana or hemp isn’t grown and processed properly, it can become contaminated. These contaminants come in many forms and they can be introduced at all steps in the manufacture of the final product making sure that the cannabis is safe to consume is an important role of lab testing.

Chemical contaminants can be introduced while the crop is planted. In the field, cannabis can be exposed to pesticides, which can leave residues behind. There are lists of banned pesticides maintained by regulatory bodies in each state. Cannabis has to be clear of those before it can be sold.

The processing of cannabis can also contaminate the crop. Extracts use solvents to pull the cannabinoids out of the biomass. There can be residual solvents that remain in the final oil or concentrate like ethanol, butane, and xylene. How much of these solvents and other contaminants are allowed in the final product varies from state to state.

Microbial contaminants are able to flourish if the cannabis isn’t properly cultivated or processed. Multiple illnesses can befall cannabis while it is still in the field. If the plants don’t completely dry during the curing process, that leaves them open to a whole host of toxic organisms taking up residence.

With the risk of fungi, mold, and mildew infecting the crop, cannabis needs to be tested before it is safe to ingest. Once a contaminated plant dries it can be difficult to detect.

In addition to the risks while growing the crop, there can be errors in handling it too. Just like any other substance that is consumed by humans, staff handling cannabis has to be careful. If proper hygiene isn’t followed there is Salmonella and E. Coli to worry about.

These bacteria and mycotoxins are dangerous if ingested. People who already have compromised immune systems or other medical conditions are at an even greater risk, which is isn’t ideal if the cannabis is medicinal.

Physical contaminants also have the possibility to taint the crop too. Using poor cultivation or packaging procedures can allow these contaminants to settle on the plants. If the plants aren’t properly cared for after harvest, the contaminants will make their way to the shelf. These contaminants include things like dirt, dust, hair, and any other nasty things that are living in the soil.

Heavy metals are a major concern. Cannabis is a plant that will take contaminants out of the soil in a process called bioaccumulation. This is why hemp is being investigated to help rehab pollution ridden land, but this can be bad news for consumers. Any heavy metals present will end up in the stems, stalks, leaves, and precious flowers of the adult plant. Some of the worst culprits that are always tested for include lead, mercury, cadmium, and arsenic.

What tests are used?

There are three major tests used by most labs to analyze cannabis. Those tests are analytical chromatography, mass spectrometry, and nuclear magnetic resonance spectroscopy. 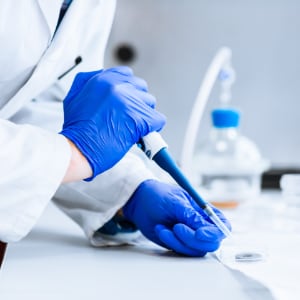 Analytical chromatography (GC, HPLC) works by dissolving a sample in a fluid and then pouring it through an absorbent. Since different chemicals move through the absorbant at different rates, they will leave behind different colors on the medium. The colors seen in the final spread will indicate which compounds are present and in what concentration. 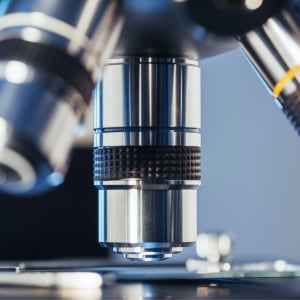 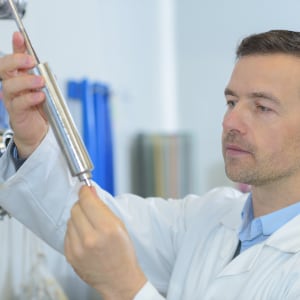 Nuclear magnetic resonance spectroscopy (NMR) measures the magnetic fields of nuclei. A sample is exposed to a magnetic field and then radio waves are shot at it. The radio waves excite the nuclei of the atoms, and radio receivers detect the changes. Different atoms react differently to the added energy, and the lab can tell the structure of the molecules and compounds in the sample.

NMR is becoming more popular because unlike the other tests, it is non-destructive. There aren’t harsh solvents to worry about and the test is much faster to perform.

Having cannabis tested before it gets to the end consumer is the best way to ensure that the product is safe. There are many things that can go wrong with producing cannabis in every step of the process. Testing keeps producers accountable.

When labs test a sample they are primarily looking at the potency of the sample and seeing what contaminants are present. The tests will show what cannabinoids that cannabis has, in what proportions, and how much so that the buyer will be able to more accurately dose.

Contaminants are thoroughly tested to be sure that the plant is safe for humans to consume. Labs carefully look for chemical, microbial, physical, and heavy metal contaminants.

Testing is a legal requirement for all states that sell cannabis, but each state is allowed to create its own policies and set their own limits on contaminants. This rigorous oversight is keeping cannabis users safe, and state-accredited labs busy.