Exploring the Basics of Marijuana Consumption

Marijuana can be a confusing subject if you are new to the plant. Even though the word marijuana refers to a single plant, Cannabis Sativa, and all marijuana contains cannabinoids like THC and CBD, there is so much more to it.

Selective breeding has cultivated a rainbow of different strains that all affect the user differently. Innovators are constantly creating new cannabis products that are absorbed differently, make you feel differently, and which have their own preferred applications.

So, let’s explore some of the basics of consuming marijuana. That means answering some of the most burning questions you probably have. Whether you are interested in medicinal or recreational use, this guide aims to give you a solid foundation on this expansive topic.

How and where is it legal?

The legality of marijuana is still a tricky subject. On a federal level, marijuana is still an illegal substance. While the national policy has kept its stance firm, many states have decided to enact their own laws in defiance. Back when medical marijuana was just becoming a thing, there was pushback from the feds resulting in DEA raids of medical shops and dispensaries.

Now, the government essentially lets states govern themselves. The only clash comes when dealing with national licensing like truckers getting examined by the DOT or military personnel stationed in states where marijuana is legal.

The pushback against the drug has lessened as more communities have embraced the plant, but exactly what is legal varies from state to state. A lot of what states determine is legal depends on the intended use of marijuana. More states are open to medical use versus recreational.

There are currently 11 different states and Washington DC that have legalized recreational marijuana. The legal age is always 21 and over. How much a person is allowed to have in their possession varies by state. The same thing goes for whether someone is allowed to grow their own plants at home.

The states where marijuana is legal are:

The basic types of marijuana

Something that can be very confusing to beginners is the fact that while all marijuana is the Cannabis Sativa plant, there are many different strains and cultivars that have different effects when you use them. The exact variety of marijuana that is right for you will depend on what you want to get out of the experience. 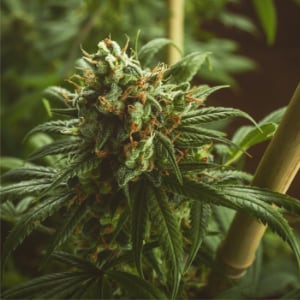 Marijuana that is a Sativa variety will be a taller plant with long thin leaves. The buds are usually less dense and can be feathery. The high that you get from a Sativa strain is associated with a head high. These strains are more uplifting and euphoric, perfect for daytime use. Sativas will stimulate the mind and senses more. You will get the kind of high that improves focus and concentration in people as well as increasing your energy and boosting your mood. 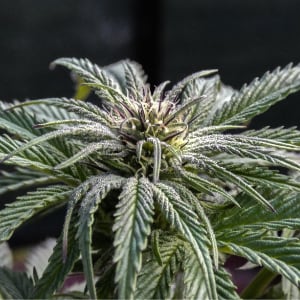 Plants that are Indicas are short and squat with wide, stubby leaves to match. The buds are denser. An Indica strain will be more relaxing, being associated with a ‘body high.’ Users prefer Indicas at the end of the day to unwind or just before bed. This strain is better at relaxing your mind and body. You will see more relief from pain and nausea from an Indica as well as reduced anxiety. 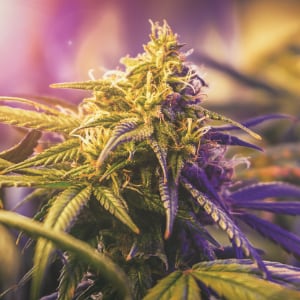 A hybrid strain is made by crossbreeding an Indica and a Sativa plant. There are few plants that are 100% one variety or the other. Instead, most modern strains will be a hybrid that is dominant in one type or the other.

A strain can focus on the effects of either type or it can be a more even split to give the user a more rounded high. Hybrids can offer the best of both Sativa and Indica strains with a balanced and relaxed euphoric effect. 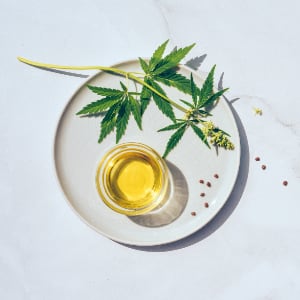 The passing of the 2018 Farm Bill, which federally decriminalized hemp, has caused an explosion in the use of CBD. CBD is the other major cannabinoid present in cannabis besides THC. CBD alone will not get you high. To get the psychoactive effect of cannabis, you need THC. Any Cannabis Sativa plant that contains less than 0.3% THC is legally considered hemp.

Marijuana strains will list the ratio of CBD:THC in lab results. High CBD products will often have a ratio of 16:1 or 24:1

Even without the high, CBD can be beneficial. The cannabinoid helps with reducing inflammation. CBD can help people with chronic pain and can help boost your recovery after exercise. There are many pro athletes that have publicly endorsed CBD or invested in CBD companies because of the benefits they have gotten from the plant themselves.

How can you take it? 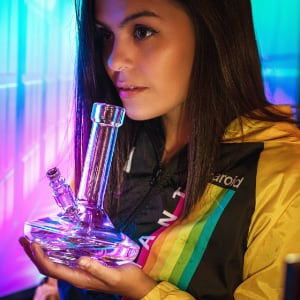 Inhaling is the most iconic method for consuming weed. There are many different ways to go about it. All of them include breathing in smoke or vapors so that THC can be absorbed into your lungs.

Joints are flowers or buds that are rolled up in paper and smoked like cigarettes. Blunts are essentially the same, but instead of paper, they use cigar wrappers. You can purchase them pre-rolled or learn how to roll your own.

Pipes will have a bowl to place the marijuana in and a straw-like stem to suck the smoke through when lit. Bongs are similar to pipes, but the smoke is pulled through water first to cool it, allowing you to take bigger hits.

Vaporizers user lower temperatures to turn the marijuana into vapor instead of the smoke of combustion. They can be small or large and use either the flower itself or concentrated oils.

Concentrates are very potent extracts that come in many forms like wax, shatter, hash, BHO, crumble, and resin. They require a special dab rig to use and offer the most intense high. 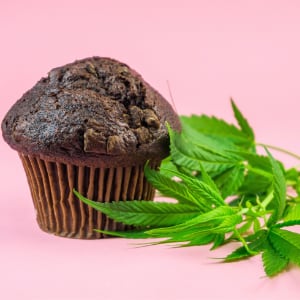 Edibles can come in almost any form as long as you put it in your mouth. This can be a solid option for people who don’t like the taste of smoke or want to be more discrete. Brownies are what everyone has heard of, but there are also cookies, cakes, gummies, pills, and drinks available too. They come prebaked and dosed at most dispensaries or you can buy concentrated oil or butter and make your own treats. 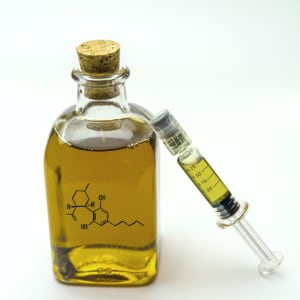 Topical creams have become a popular way to relieve aches and pains by rubbing a small amount onto the skin. They can be applied exactly where needed and usually won’t get you high, focusing on dosing you with CBD.

Tinctures are concentrated liquid that you place under your tongue. These drops are usually odorless and tasteless for quick doses that still avoid inhaling acrid smoke.

How long does it take to kick in?

The method you use to bring marijuana into your body will determine how quickly you will start to feel the effects.

Inhaling marijuana will take effect almost immediately. Once you take the vapor or smoke into your lungs it takes about 5 seconds for your lungs to absorb all the THC. The high will start as soon as you take the hit, and continue to build for the next hour. After 15 minutes you will be experiencing most of the effects.

Placing drops under your tongue will have you feeling the effects in 5-15 minutes. This makes them popular because there isn’t any smoke to deal with or a long wait before it kicks in.

Ingesting methods are where people run into problems. Once you eat something with THC in it, it has to get digested, enter your bloodstream, and get processed by your liver before it reaches your brain. You will likely feel nothing for the first hour after taking a dose. Then after 1-2 hours, the effects will start to build, peaking after 3-4 hours.

It’s almost a universal mistake to think that it’s not working the first time you ingest marijuana. The worst thing you can do is get impatient and eat more. Whenever beginners end up getting too high, this is usually the reason why.

Topicals will start to work almost immediately, but the effect is localized. Transdermal topicals will penetrate into the bloodstream and take effect in an hour or so. Most creams and ointments, however, won’t go that deep which is fine because they are usually intended for pain relief of a particular area. 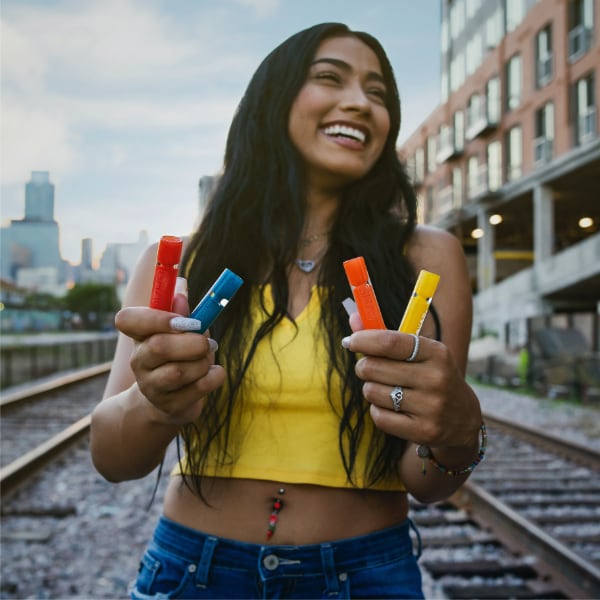 How long will the effects last?

The psychoactive effects of marijuana will last from one to six hours. Exactly how long depends on the individual. Some people will naturally feel the effects for a longer or shorter period depending on how their bodies metabolize the THC. It can also depend on how often they use marijuana and what kind of tolerance they have built up.

How much you consume will also affect the duration of the high. Larger doses will take a longer time to work through your system, but you will notice a bigger change to how high you get versus how long you stay there. Imbibing too much won’t make you high for days.

The biggest factor, however, is how you consume marijuana.

Hopefully, you now have a better idea of how marijuana might best fit into your life. You know which 11 states have recreational marijuana. You know the difference between an Indica and a Sativa. The most popular methods to consume marijuana have been revealed, and you know how long they will take to kick in and how long the feeling will last.

With an idea of what’s out there in the wide world of cannabis, you won’t know everything, but you will know enough to ask good questions.