With the exponential-seeming growth of strain options on dispensary shelves today, it’s hard to keep track of them all. But every so often, there’s one strain that demands our attention. The Crescendo strain is one of them. If you don’t know about Crescendo, we recommend changing that! But don’t worry, we’re here to give you the download. In this article, we’ll dig into our ultimate Crescendo strain review. 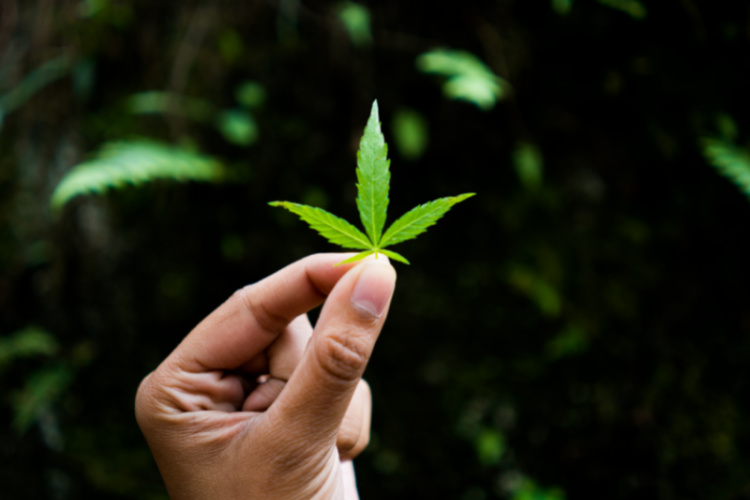 To truly understand a strain, you need to know three things about it. First, it’s important to understand where it came from. The hero’s origin story, if you will. Second, let’s get sensory with a journey into the strain’s taste and scent. Finally (and probably most importantly), you need to know how a strain is likely to make you feel! Let’s learn more about Crescendo, an indica and sativa hybrid strain that leans more toward sativa.

Many (if not most) of today’s strains trace their genetics back to two different parent plants: sativa and indica. That’s not the case with Crescendo, though. Instead, this strain actually boasts a three-way pedigree featuring some legendary genetics. Its Chemdawg x I-95 x Mandarin Cookies lineage combines Chemdawg and I-95, two older strains, with relative newcomer Mandarin Cookies. These stains each enjoy their own distinct reputations:

As a result of this three-way cross, Crescendo is technically a hybrid. You wouldn’t guess that offhand though, considering the distinct feeling of its effects. But more on that later. 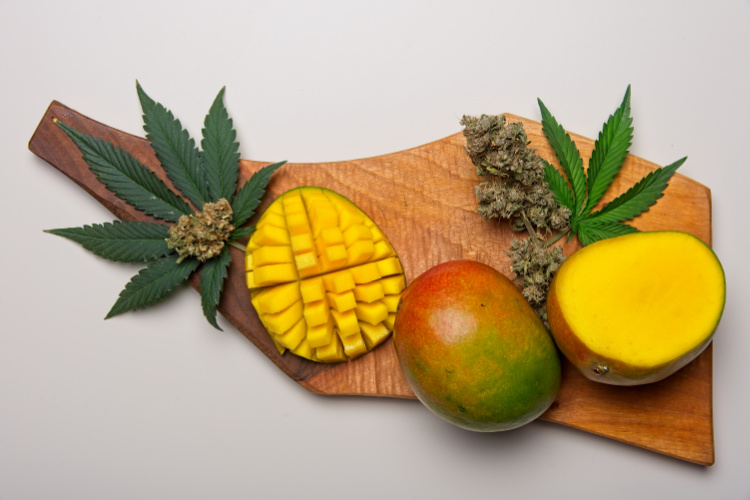 Like with all cannabis genetics, the Crescendo strain derives its scent and taste from terpenes. We’ve covered terpenes in-depth before. Crescendo’s most abundant terpenes are:

The combination of these three major terpenes gives Crescendo a heavily earthy, pungent flavor on the front end. Its sweet, citrusy finish surprises the palate as its flavor profile develops. 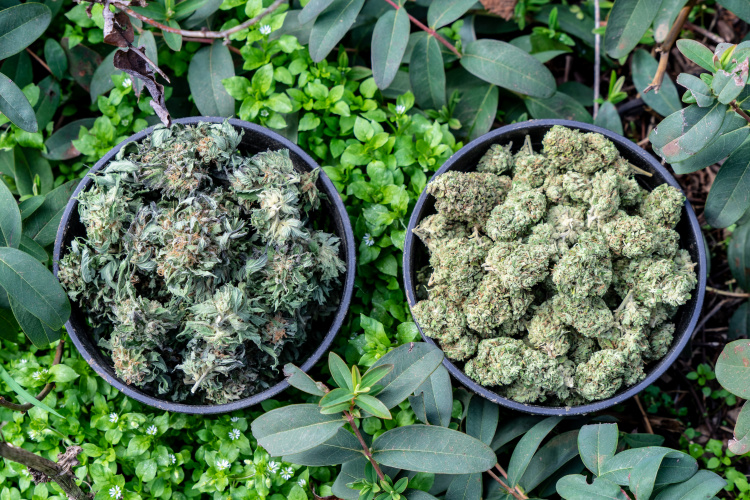 The Crescendo strain is nearly a true hybrid, with perfectly balanced genetics. That gives it a pleasant, mellow buzz at first. In fact, its initial vibes are so mellow, you might mistake it for a full-on indica.

After lulling you into relaxation, though, Crescendo begins to demonstrate its sativa side. Its cranial, euphoric effects are somewhat tempered by its hybrid genetics—but you’ll definitely feel a noticeable change as this strain’s effects build like a well-composed piece of music until it, well, crescendos. With an average THC content hovering around 30 percent, that’s no surprise.

We’ve definitely covered a lot of ground in this Crescendo strain review. If brushing up on this strain’s genetics and effects have left you with a desire to spark up for yourself, check out our ample selection of strains, concentrates, and infused products.