If you’ve visited our blog before, you know we’re big on terpenes, the fragrant oils that do so much to give different strains their unique qualities. If you’re smelling beguiling scents like black pepper, lemon peel or fresh pine, you’re smelling terpenes!

But as we’ve written before, terpenes contribute more than just enjoyable aromas. They even contribute to the kind of high you experience! As researchers unlock the secrets of these fascinating natural compounds, we’re learning a great deal about how they interact with the human body.

It turns out there are a lot of terpenes in cannabis: So far, researchers have identified at least 200! If you’re new to the topic of these essential oils, begin your education with these “Top 5” terpenes.

Just as THC is the most abundant cannabinoid, myrcene is the most abundant terpene in marijuana. It expresses a uniquely fruity and almost grapelike flavor. What’s more, myrcene imparts a gentle sedative effect and helps synergize and potentiate the actions of other terpenes and cannabinoids, making it a very important player in the cannabis plant.

In addition to occurring in cannabis, myrcene is abundant in mangoes. That’s why people say that if you eat a mango about 45 minutes before using cannabis, it will activate an especially intense and long-lasting high. Fact or fiction? There’s only one way to find out…. 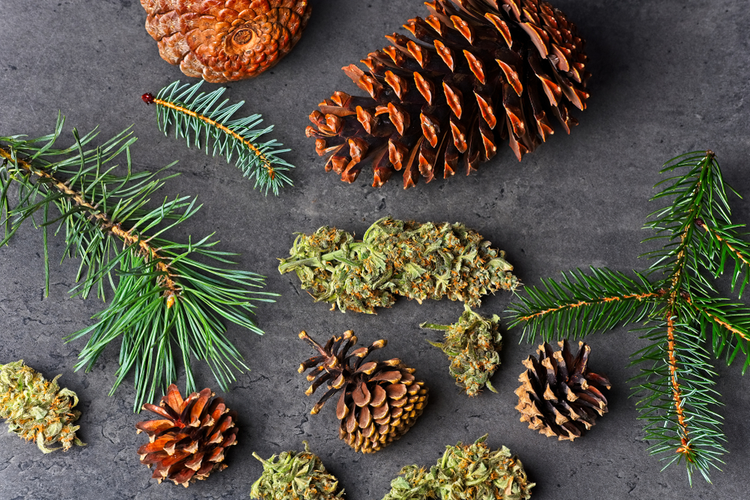 Sometimes referred to just as “pinene,” these related terpenes are known for their distinctive and piney aroma. You can also find this scent in other natural sources of pinene including pine trees, rosemary, orange peels, and herbs such as basil.

Studies have shown that pinene exhibits a gentle anti-inflammatory effect. Research demonstrates that inhaling pinene-rich strains—especially using the gentle effects of a pen or vaporizer—can help reduce inflammatory responses like asthma in the lungs.

One thing’s for sure: Once you smell this peppery terpene, you’ll never forget it! In addition to that black-pepper bite, you may pick up hints of cinnamon, cloves, and oregano. Over and above that, caryophyllene exhibits powerful analgesic and anxiety-fighting properties. And due to its unusual molecular structure—allowing it to bind more readily than many other terpenes—it’s also a key ingredient in anti-inflammatory topicals and creams.

Bright, cheerful and lemony, limonene is a popular terpene for its ability to impart general uplift and mood-lightening effects as well as to reduce stress and anxiety. And while we want to be crystal-clear on the fact that cannabis does not “cure” cancer, studies suggest that this terpene may have a role to play in fighting some very important diseases. 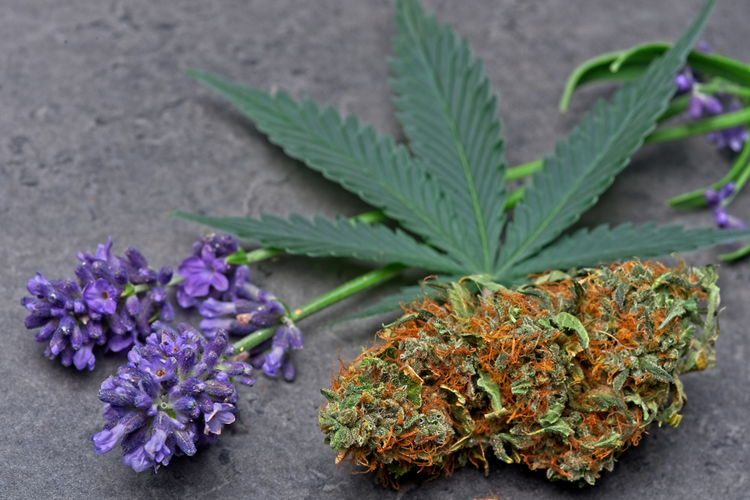 We’re going to guess that by now, you’re probably well acquainted with the classic “marijuana smell.” But do you know what causes it? Linalool—the terpene most associated with that unforgettable aroma—is also found in lavender, among other plants. It’s known to help fight anxiety and depression and to impart relaxing sensations. And while more research is needed, preliminary studies suggest that linalool might help reverse the cognitive impairment and memory loss caused by neurodegenerative disorders such as Alzheimer’s.

Now that you know a little bit about terpenes, you can shop from our online menu with some real insider knowledge! Stop by to say “High!” anytime, or choose delivery to get your favorite strains straight to your door. And don’t forget to check our deals page for even more savings!….

PrevPreviousHow to Use Concentrates Correctly: A Step-By-Step Guide
NextMarijuana, Science, and You: How to Use Cannabis for AnxietyNext