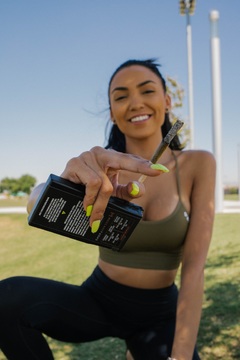 With the continued legalization of recreational marijuana in different parts across the world, there have been countless researchers on the medical applications of cannabis. While most of these researches have shown great promise, it is impossible to ignore the possible risks and side effects of marijuana.

One of the fields into which researchers are looking into is the possibility of marijuana helping in restoring failing memory. Memory is how we get to keep and retrieve past information and experiences. We make decisions based on our memories.

What are the effects of marijuana on short-term and long-term memory?

Marijuana has hundreds of chemical compounds known as cannabinoids, which gives the cannabis plant its characteristics. Of all the cannabinoids, THC is the most potent. When THC accesses the endocannabinoid system in the human brain, it interacts with the CB1 receptors. The receptors are located in the hippocampus, which handles most of the memories.

Therefore, it is common knowledge that marijuana has a temporary effect on short-term memory. This kind of impairment is almost similar to that of alcohol. When high, you might experience difficulties constructing and retrieving memories. Later, you might also have a hard time recalling events that occurred while you were high.

If marijuana affects short-term memory, it could have effects on long-term memory as well.

In a recent report by the US Library of Medicine and the National Institute of Health, the research explored the long-term effects of cannabis on the CB1 receptors. The study involved 88 cannabis users between 16 and 25 years and tested their cognitive abilities. All 88 participants used marijuana at least once a week. For a month, two-thirds were chosen at random and given cash to quit and then regular tests were carried out to ensure that they did.

As the process began and once per week, the subjects underwent a variety of mental tests. The researchers established that all those who quit recorded better scores in the first week and remained sharp throughout the month. Those who persisted in the use of marijuana recorded a slight improvement over the month. Nevertheless, the researchers attributed this to the subjects getting used to the tests.

But, is this the only in which marijuana affects memory?

Interestingly, this might not be the case. In research published in Nature Medicine in 2017, aging mice showed signs of memory improvement after they were subjected to low doses of THC. This research shows promise that marijuana can be used to counter the loss of cognitive abilities associated with age. THC interacts with the endocannabinoid system in the brain that controls memory, among other functions.

The mice underwent a series of experiments to test their cognitive abilities. The first experiment subjected the mice to a water maze, where they supposed to recall and navigate their way to the exit. A control group of older mice (twelve and eighteen months) recorded a worse performance than the younger ones.

After subjection to THC, the older mice performed better at the task while the younger ones recorded a deteriorated performance. This suggested that THC improves memory in older brains, but delivers negative results to younger brains. In the second task, the mice were supposed to locate an object. This time, the older mice with THC performed at the same level as young mice who hadn’t been subjected to THC.

So, can marijuana help restore memory, particularly in older people?

Well, the researchers conceded that they did not know what would be the results of the study on human beings. However, the research presents a platform to argue THC might help restore hippocampal gene transcription sequences in the human brain, just like it does in the brains of mice.

The research shows that THC acts differently on older brains as compared to younger ones. What remains is the assessment of the safety of the drug to the older people, before subjecting them to the drug, so that it can help restore failing memory.

EXPANDING VETERAN CANNABIS ACCESS WITH ANOTHER OPTION FROM LEGISLATORS