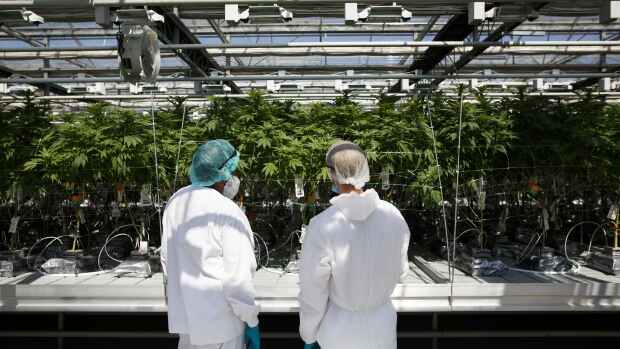 As stock markets closed on Thursday, Ontario-based cannabis grower, CannaTrust Holdings announced that it had decided to ask Chairman Eric Paul to resign, and ‘terminate with a cause’ Ceo Peter Aceto.

This move came after Health Canada probed CannaTrust for growing cannabis in an unlicensed greenhouse in one of its Niagara region facilities.

This facility is near Pelham Ont. and has 12 greenhouses. Health Canada received information that the company was growing cannabis in all the greenhouses between October 2018 and April this year, despite not having a license to grow in five of them.

The probe resulted in over 13, 0000 kilos of the company’s cannabis getting shelved, pending investigations.

Aceto was the president of Scotiabank- owned online bank Tangerine for close to a decade before getting into the Cannabis business and made CannaTrust’s CEO in October last year when the company’s troubles started.

The board titled Robert Marcovitch as the head of the committee to investigate the issue but has now been announced as the interim CEO.

Marcovitch said that the company’s top priority is completing the remaining investigation items and bring back operations into total compliance.

The company’s executive shakeup comes after a Globe, and Mail report alleged that the pair were fully aware of illegal cannabis growing months before the government discovered it.

In a release on Thursday, CannTrust said that based on the new information uncovered by the investigation, they disclosed Health Canada voluntarily. The company said that it would co-operate with the regulator fully in a transparent manner to resolve all the matters totally and expeditiously.

Since the illegal cannabis story came to light, CannaTrust shares have lost 60% of their value.

However, when the announcement of the firing came out, the shares bounced back with as much as 20%, which is a possible sign that investors think that the step is a move in the right direction.

Eliot Johnson, the CEO of Evolve Funds, also had a stake in CannaTrust but sold it off when the news of illegal cannabis growing came out. Johnson said that the problem is that investors do not understand the scope of the problem. Hence, it is quite hard to make a final position regarding whether the firing action is enough or know what next will happen to the company.