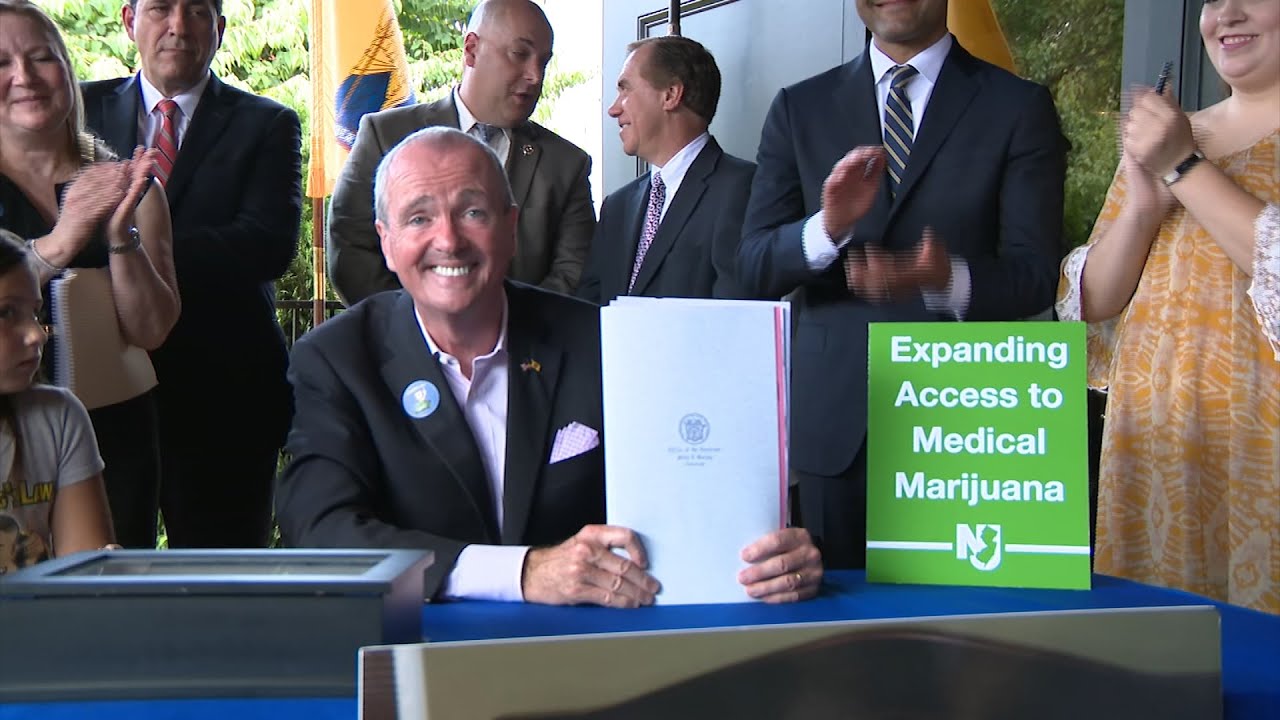 Governor Phil Murphy has signed a measure that seeks to enlarge the program of medical cannabis in New Jersey.

Signing the measure is a victory for the social advocates and marijuana especially after the legislative leadership, and the governor in the North admitted in the month of March that they didn’t have enough votes to pass the bill of marijuana legalization in the Senate of the state.

“Tammy Murphy, the first lady and I will come together with the Honing family on Tuesday in freehold in order to pass Jack Honing’s Compassionate Use Medical Cannabis Act into law. We need to keep on eliminating any hurdles to make this transformative medical treatment accessible and affordable,” Gov. Phil Murphy said on Friday before the signing of the bill.

Earlier this month, the lawmakers were scheduled to vote on this measure. However, the Assembly Speaker, D-19th District, Craig Coughlin pulled the vote so as to allow the governor to put in more input to the legislation.

“Together with our legislative partners, we worked on this one intensely.” Murphy stated on News 12 NJ in a segment, “Ask Gov. Murphy” 26th June.

According to the passed bill

The bill would eliminate the tax on the medical cannabis sales, reducing it from 6.625% to 4 on 1st July/2020, and later reducing it to 2% on 1st July 2021. On 1st July 2022, the tax would be done away with altogether. According to the bill, the tax revenue from sales of medical cannabis would be used exclusively to fund programs for mental health treatment and treatment of disorders caused by substance use.

A previous measure of expansion, the sales tax would be retained by Assembly bill 10 until the month of January 2025.

A Marijuana Regulatory Committee comprising of five members would be created by A20 to oversee the cannabis medical program in the state. The health department would first oversee the program before handing it over to the Cannabis Regulatory Committee. However, a timeframe is not given by legislation beyond such time as the commission is appointed and the commission first organizes.

Rather than the 100 marijuana establishments proposed by Murphy or the twenty-three marijuana cultivators proposed in A10, the new law allows for 28 cultivators for the first one and a half years. The 28 cultivators set by the measure will comprise of 6 medical cannabis alternative centers which are already in existence and the 6 individuals who qualified from the application process of July 2018.

With the signed bill, the twelve previously existing businesses are vertically integrated. This means that they cultivate, manufacture, and sell medical cannabis. On the other hand, businesses that are already existing would be incorporated into the program as such. The new law would prohibit vertical integration, which will allow new entities to deal with a single component.

In the new program, nursing homes and hospices could become institutional caregivers. Prescriptions could be given to patients for up to a supply of one year. As per the new law, purchasing of the medication could not only be done from the ATC but also any dispensary registered from the ATC.

To verify that a patient qualifies for this program, one needs to visit the doctor once a year and not four times like before. Besides, the law indicates the amount of medical marijuana that a patient can be allowed to purchase in a month to three ounces for eighteen months, and the CRC will, after that, determine the amount. Patients who are out of state would be allowed to buy medical marijuana for up to 6 months in New Jersey.

Employees working at TCs are allowed by A20 to deliver medical cannabis instead of third parties doing the deliveries as demanded by A10.

According to the measure, marijuana consumption areas are allowed, but only the caregivers and patients are allowed to access it, and the areas should be within the same property as the dispensary. As required by the indoor smoking laws of New Jersey, the lounges should be established to outdoor ventures.

A 2% tax could be imposed on the marijuana dispensaries in towns which have dispensaries.

Proof should be handed in by the ATCs to show that they have signed the labor peace agreements with organizations of labor and honor it. This would make it easier for the employees of ATC to do union organizing. The 6 ATCs which are already existing would have one hundred days to come up with an agreement of the sort from the bill’s enactment. Remember the only establishment that has unionized employees so far is the Garden State Dispensary situated in Woodbridge. Any business that will furnish the needed documentation could end up having their ATC permits either revoked or suspended.