"> How CBD Interacts with the Endocannabinoid System – MedCare Farms 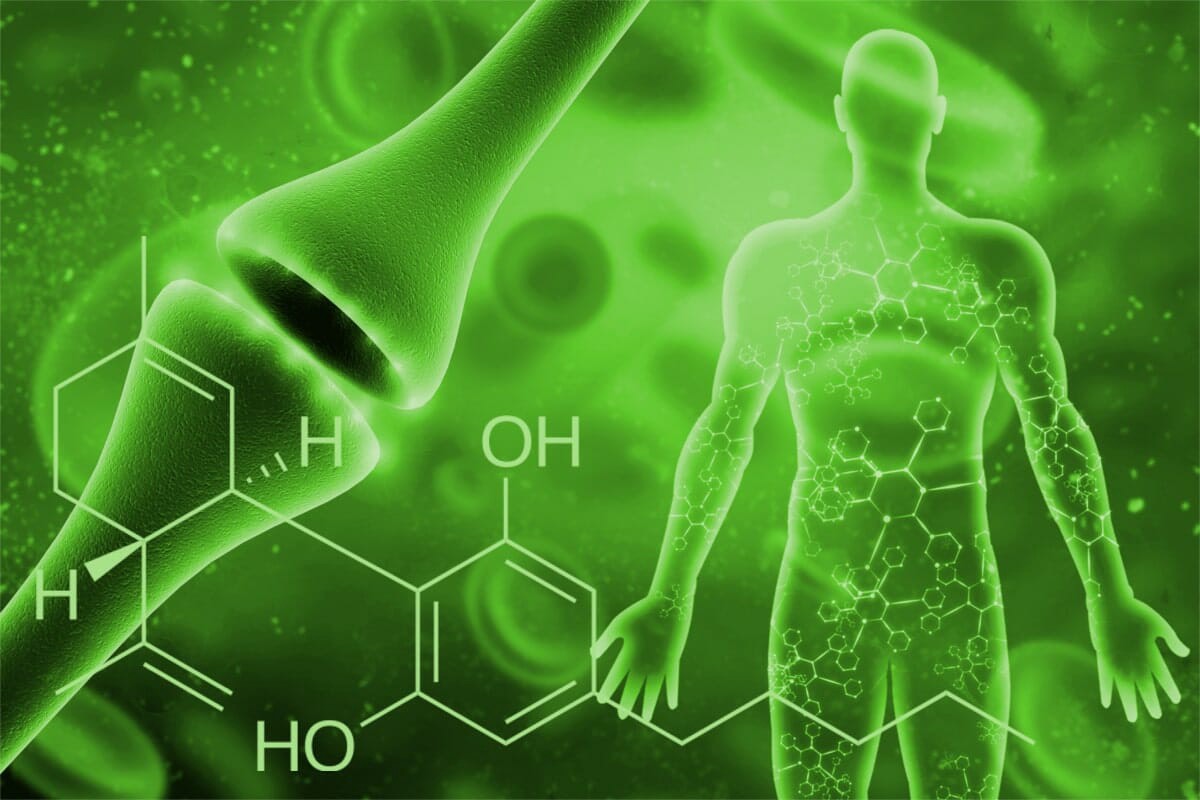 How CBD Interacts with the Endocannabinoid System

Cannabidiol, also CBD, is a popular compound from the cannabis plant that has been a hot topic of research over the past few years due to its ability to relieve anxiety, pain, and inflammation.

Unlike its counterpart THC, CBD is non-psychoactive and has gained much popularity because of how interacts with the endocannabinoid system.

Hemp-extracted CBD oil is legally sold online and in retail shops, and can be ingested orally, vaped, or applied topically.

The most common benefit of taking CBD is its calming effects that result from reduced anxiety, CBD is also reported to be useful in helping regulate sleeping patterns, enhancing appetite, relaxing muscles after workouts, and reducing inflammation.

People and other mammals, reptiles, fish, and birds all have an endocannabinoid system. The endocannabinoid system (ECS) is responsible for maintaining the body in an optimal state. In other words, the ECS works to maintain your body in a stable condition whereby everything functions at its best, regardless of what could be going on outside it.

Endocannabinoids like NADA, 2-AG, and anandamide help in regulating psychological systems in the body. Interestingly, endocannabinoids work opposite to traditional neurotransmitters. For example, Dopamine released from presynaptic cells flows across the synapse, attaching itself to the postsynaptic cell.

The Clinical Efficiency Syndrome (CECD) is a medical diagnosis whereby someone is determined not to be releasing enough cannabinoids. CECD plays a significant role in conditions like:

CBD and Other Endocannabinoids

CBD offers an ideal way of combating CECD and is hence capable of treating a number of other serious ailments. While not yet proven, medical experts believe that CBD inhibits the production of Fatty Acid Amide Hydrolase. The fatty acid is the main molecule that recycles and breaks down endocannabinoids. However, CBD experts its benefits in more ways beyond this.

Other therapeutic actions by CBD include:

1.      Binding Dopamine D2 receptor: CBD acts like many antipsychotic pharmaceutical drugs by targeting the D2 receptor. This explains the benefits of CBD in helping to manage schizophrenia anecdotally.

2.      Potentiating Glycine Receptor: Glycine receptors are abundant inhibitory receptors in the CNS and play a huge task in pain proprioception through the brainstem of the spinal cord. CBD potentiates these receptors and hence cuts down chronic pain and inflammation.

There is a massive increase in research around CBD as a useful resource in relief. However, the FDA is yet to approve statements regarding medical claims on CBD.

Can Using Weed Help with PTSD?