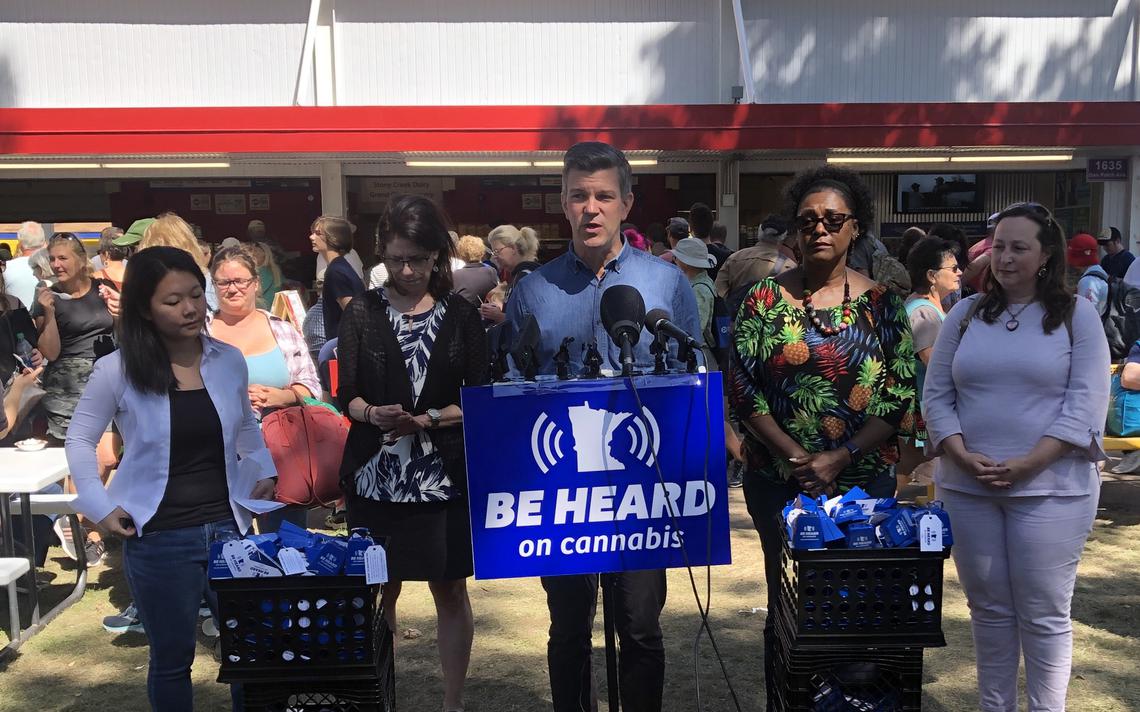 The Minneapolis community had a rare chance to join their representatives in the Assembly on Wednesday. The meeting which was aimed at deliberating on a possible legalization of cannabis drew mixed reactions from those in attendance. This occasion was graced by the House of Majority Leader and was the second of the 15 “Be Heard on Cannabis” debates that aim to collect the views of the public on the legalization and control of the use of adult cannabis in Minnesota.

The House Majority Ryan Winkler, while speaking during the event held at the DFL-Golden Valley, asserted that is critical for this public participation was to have Minnesota pass a sensible law.

The Majority Leader went on further to say that the fundamental role for public participation was to ‘establish what the community attended to achieve with legalization, their disquiets and to finally come up with a law’.

Those in attendance talked about the importance of letting locals have a firm grip on cannabis production in law-making processes, “We want to make sure it’s not just big corporations coming in to make a bunch of money as we make this change and that it actually benefits people in Minnesota,” Winkler said. He further added that they are trying to identify the most suitable tactics.

Raj Sethuraju who is an associate professor of criminal justice at Metropolitan State University, however, said that there was a need to put in place measures to address individuals who may struggle with addictions even as some members discussed the pending benefits of the legalization. He further noted that the strength of the drug has gone up and could be more disastrous to the community if it were to be combined with trauma, unemployment, and other social inequalities. Miranda Gohn seemed to have been agreeing with Raj when he objected to the idea of the recreational legalization of cannabis.

The woman who is originally from South Dakota said that she was brought up in a humble family and has seen her age mates abuse cannabis. “I have always identified myself as a Democrat, and truly we are not investing in our people,” Gohn said at the meeting. She also said that she believes that the pending legalization was targeting the vulnerable in the society and the government should give priority to mental health instead. A sentiment that was shared by all others who attended the meeting.

Mohamud Noor who represents the University of Minnesota and the environs said he is worried about the use of the drug by young people. He gave an assurance to have a bill in the future that limit the use of cannabis to adults and as well ensure that the taxes raised from the drug sales are used to offer mental health and addiction services. “We want to ensure that there is a law that protects the students,” Noor said.

Winkler promised to host another public participation in St. Paul next month and he is optimistic that the bill on recreational cannabis will sail through in House dominated by the DFL. While admitting it will be an uphill task getting the bill through the Republican-controlled Senate, he however expressed confidence in the bill’s chance in the Minnesota House.