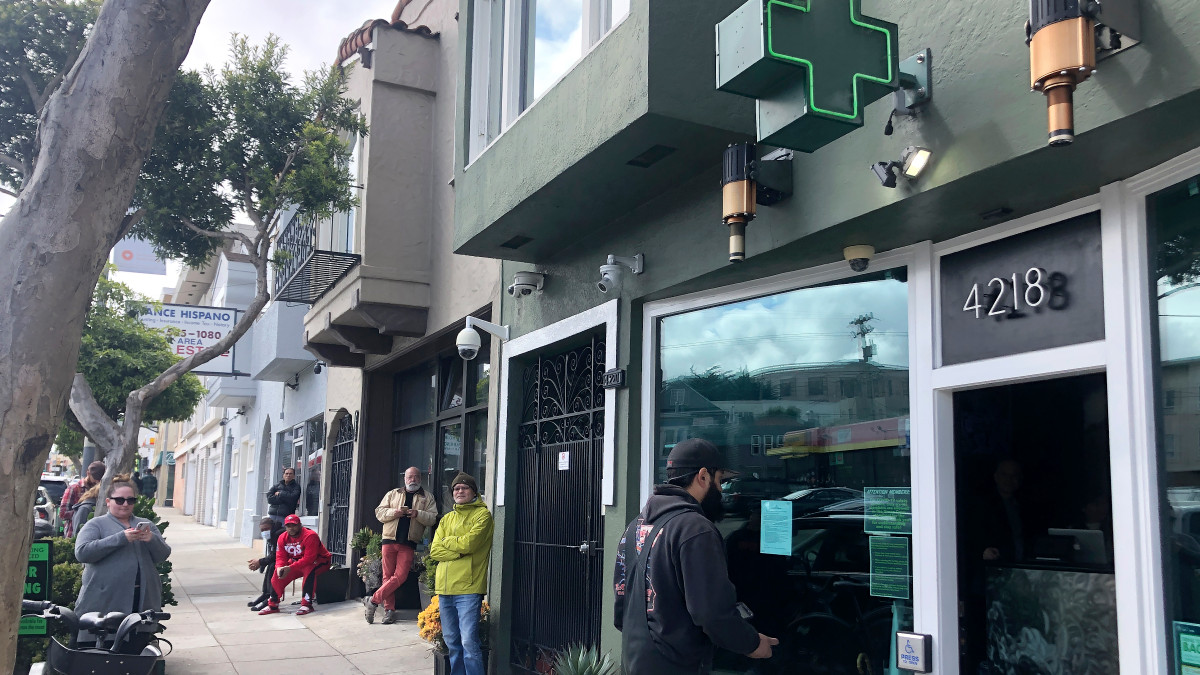 Organic Alternatives is a vertically integrated company based in Fort Collins, Colorado. On Monday, the company closed its shop voluntarily over fears about the spread of coronavirus. Other marijuana shops might follow suit and close their shop irrespective of the losses in sales they would incur.

There are also worries that people might make a run for marijuana stores to stock due to fear of business closures.

This could lead to a hike in the cost of marijuana and a lack of medical marijuana for patients.

Speaking to Marijuana Business Daily, the director of sales and marketing for Organic Alternatives, Maka Kala’i said that since the store will be closing indefinitely, the company will incur a significant financial loss.

Organic Alternatives is the first marijuana company to announce that they will be closing their store voluntarily. However, their cultivation facility and marijuana infused-operations are still operational.

According to Kala’i, for the past few weeks, the store has been getting over 500 customers. Closing the shop entails a significant loss in sales for the safety of its workers and community at large.

The CEO of 3C Consulting, which is based in Denver, Nic Easley, said that if more companies shut down their establishments, the cost of marijuana products will skyrocket. The high prices will affect not only recreational consumers but also medical marijuana patients who are in dire need of medical cannabis.

Runs for marijuana products at the retail outlets have already begun, said Easley, and he expects them to persist.

Kala’i likens the recent crowd activities at the retail marijuana outlets to 4/20. And with the high influx of customers, they felt the need to protect their staff and anyone else in their lobby.

After Colorado governor Jared Polis announced that all ski areas in Colorado would close and the Centers for Disease Control and Prevention suggested that all events or gatherings involving more than 50 people should be suspended for the next two months, the Organic Alternatives decided to close their retail outlet.

According to The New York Times, on Monday, the Trump Administration announced new guidelines that would help mitigate the spread of the virus, such as avoiding a place where more than ten people have gathered.

Point to note is that Organic Alternatives was tending to more than 50 people each day.

In an email publicizing the closure of the store, Kala’i said that it is their responsibility to do what they can to stop the spread of the virus. And the first step would be to close their business until better methods of managing it have been put in place.

In the meantime, some Colorado regulators are including dispensaries in their list of essential businesses that should not be shutdown.

Colorado Sun reported that in an emergency session, which was held on Sunday, The Crested Butte Town Board suggested closure of all businesses in the exception of grocery stores, gas stations, liquor stores, dispensaries, medical offices, and hardware shops.

According to Easley, some businesses might close their doors without being forced to; however, those that close early are risking the loss of market share, which will be difficult to recover.

Easley said that it is difficult to lure back a customer who has already left your store and found another. Notably, customers will remember a store if it tries to extort them during their time of need. This presents an opportunity for marijuana retailers to determine how they will price the products.

Chicago is not Licensing New Weed Shops Before January 1st