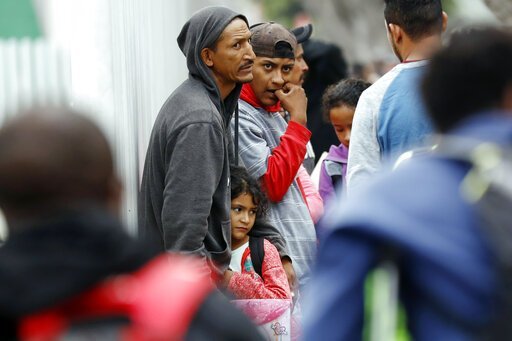 Utah officials next year’s plan to launch the medical cannabis program might hit a snag. There is too much pressure from the county attorneys who want the plans scrapped for dispensary system run by the state. Besides, there is lingering scrutiny as companies that were denied the grower’s licenses.

On Wednesday, the state declared that the six appeals from companies that had been denied growers licenses were dismissed. The announcement came amidst the allegations on the process that was deemed biased and hasty.

However, there is still one slim chance for the companies to appeal the dismissal. North Star Holdings LLC promised to continue protesting the process that the company considers unjust.

The president of North Star Holdings LLC Welby Evangelist said that they are going to court to fight the dismissal and for the patients’ rights in Utah. The news on dismissal came when the county attorneys claimed that the planned dispensary system run by the state would render public employees prone to legal problems of being prosecuted by the federal laws. Such legal grounds have prompted state officials to have or bring new medical marijuana distribution ways.

Cannabis is illegal at the federal level, but there is a congress law that inhibits the Department of Justice from meddling with the state’s medical cannabis programs. Despite the laws on the ground, some county prosecutors in Utah view distribution as a risky affair.

Rawlings stated that state employees have no exemption when it comes to marijuana distribution. The medical marijuana legalization that was voted last year through the Advocates who pushed and campaigned for it and still some hope linger in reforms. The Advocates are optimistic that the outlined plan might be recalled by the state to cling on the earlier ballot initiative on the private dispensaries’ initiative.

Utah lawmakers made drastic changes to scrap the initiative by swaying away from the ballot plan and rather creating a different distribution network where the local health department are used.

Currently, more than 30 states allow the use of medical marijuana in some form. However, there are still no dispensaries run by the state due to the legal banter, stated Chris Lindsey, the senior legislative counsel for the Marijuana Policy Project group. This is advocacy for legalization group based in Washington. Chris further stated that Utah’s proposal could be an example to other states because of its uniqueness if successful. The plan will enable seven private marijuana pharmacies, with a state-run pharmacy supplying the remainder of medical cannabis orders to each of the 13 local health departments across the state.

However, only patients with certain medical conditions will be able to purchase medical marijuana. The plan will require residents to obtain a patient card from the medical provider to buy the drug at one of the state-selected dispensaries.

The director of the Utah Patients Coalition, which was the only advocacy organization that supported the ballot movement, Desiree Hennessy stated that she is happy with the legislators to move to recognize the cognizant issues pertaining to distribution.

He also stated that state leaders have been listening to the prosecutor’s needs for long and were exploring alternatives. Some of the possible solutions for these concerns include ensuring counties are not part of the distribution process, modifying the process of delivering cannabis to local health departments. It also includes giving more slots to private dispensaries to replace the “Central fill” system.

Later this month, state officials will converge to enact and discuss some of the law changes.

Companies that had their grower’s license rejected have condemned the lack of transparency by the state officials as they were biased in enacting the medical marijuana campaign in Utah. Tintic United Bioscience LLC has already submitted their appeal accusing the Agriculture department of blackout period violation. This period barred state officials from the health department not to contact the applicants. The appeal referred to a photo tweet evidence that was posted by the health department on 21st June with Kerry Gibson next smiling next to Mike Standlee. Mike Atandlee is the True North of Utah LLC registered business agent, which is among the few companies that received a grower’s license.

In its Wednesday’s decision, the state confirmed that the picture was taken way before the department even knew that the company had an interest in applying for the grower’s license. Besides, the commissioner was also not part of the team who chose or awarded the applicants. At the time, Gibson had paid a visit to the True North hay facility, as part of his official duties, state officials explained.

Pure UT stated that the state only gave growers licenses to growers in urban areas and awarding only one rural grower out of the eight awarded.  The company further stated that the state violated the law by only settling for 8 companies, yet the law allows 10, which makes this decision uninformed and anticompetitive.

The appeal rejection by Utah never gave any information regarding the rural claim but rather emphasized on why they chose eight and not the 13 companies. They said that the entire process was a fair one. The District Attorney of Salt Lake County Gill said that he is positive that the state officials are going to create new distribution models that do not involve the local health sectors. However, he further said that he did not mind the solution that they adopt as long as patients get access to medical cannabis.

3 Cannabis stocks which could triple in value, according to Wall Street reports