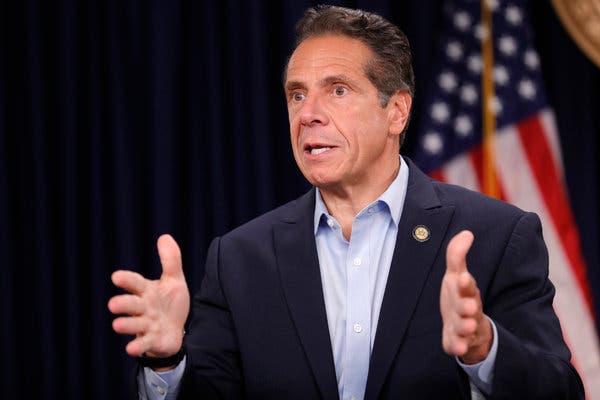 The ongoing refusal by the federal government to lift marijuana prohibition gives states the upper hand in creating use, sale, and sensible cultivation regulations. Andrew Cuomo, who is the New York Gov, took the step last month by calling New Jersey and neighboring Connecticut governors to work with him to create consistent marijuana regulations. On 17th Oct, the initial meeting will be held to start creating a regional plan that might include the legalization of cannabis adult use and medical use.

Gov. Cuomo needs to be appreciated for starting the cannabis movement together with the New Jersey and Connecticut governors. The marijuana legislation is an issue that is complex and with different challenges that are tricky to go through.

The U.S. right now has a divided cannabis industry with defined federal oversight lacking. However, the marijuana companies have no choice but to work with the 33 different states laws that legalized cannabis. For example, the said state laws have different requirements for cultivation, packaging, production, and labeling. These differences affect the cannabis business negatively in one way or the other. For example, the law that allows products only to be produced and sold in the same state inhibits interstate business. No industry should deal with such state level-specific regulations.

The regional regulations plan by Gov. Cuomo and his colleagues would build set laws that are uniform across the states that are participating. This approach will mainly be beneficial to medical patients because it will deal with medical marijuana certifications reciprocity and pricing, consistent taxes, and state to state product selection challenges. It can also assist in creating uniform laws for important issues like social equity and social justice. The business world will also benefit through interstate operations streamlining.

What is remaining is seeing how this would work. To make this achievable, law enforcement, state health officials, and policymakers will be called upon by the three governors from the states that they come from to talk about consistent principles and guidelines regarding the issue.

The joint effort was announced by Cuomo, who further said that he was ready to step up since there is no federal government guidance on cannabis issues. “Since the federal government has left the states in the cold, it is time for states to join hands and solve the problem amicably.”

The cannabis summit, combined with the governor’s cooperation pledge, with New Jersey, New York, and Connecticut, has the chance to ignite the cannabis regulation and legislation conversation.

Beer Industry Wary About the Competition Posed by the Marijuana

US growing largest crop of marijuana for research in 5 years