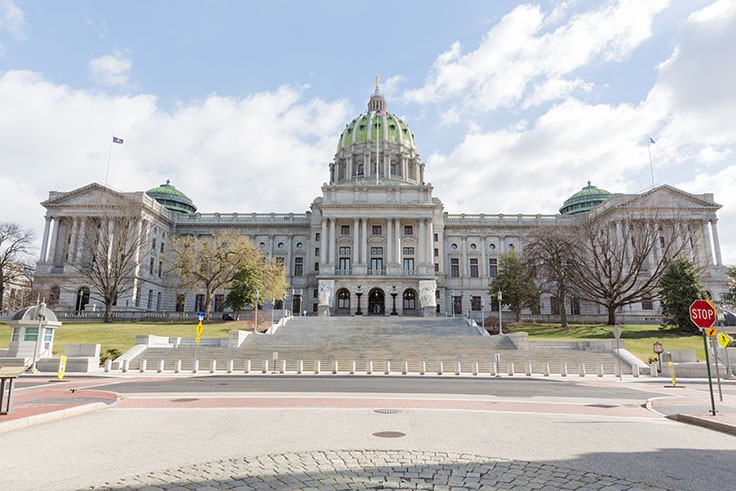 The Pennsylvania Department of Health responds to a report on the acquisition of CannaPharmacy by Harvest Health & Recreation, which were announced in its turf.

In their response, the department termed the announcement as a “blatant misrepresentation” and questioned Harvest’s state holdings.

This follows news announced by Harvest Health & Recreation on April 9. In this announcement, it claimed that it had entered into a definitive and binding agreement to acquire CannaPharmacy. CannaPharmacy holds a grower-processer in Pennsylvania as well as other business in Maryland, Delaware and New Jersey.

With the latest deal, all Harvest operations would be placed in 130 dispensaries, 213 cannabis facilities and 217 U.S states. However, the Pennsylvania Department of Health is seeking to hold Harvest accountable to explain whether the announcement means that it holds those assets.

The department threatened to have the Harvest’s existing licenses revoked because of the approach used by the company’s management to communicate its holdings in Pennsylvania.

The director of the department of the Office of Medical Marijuana, John Collins indicated, “permits are not transferable” in his letter, which was written on April to Steve White the C.E.O Harvest Health & Recreation. Therefore, even after the acquisition process is completed, the ownership of the permit will remain with Franklin Labs LLC. This means that Harvest Health & Recreation Inc. may not claim that they own the permit issued to the previous owner.

The press release accompanying the news indicates that the transaction has, “to satisfy the customary closing conditions, which includes regulatory approvals receipt in the relevant states.” This is a standard provision that applies in M&A transaction announcements. But the response from the Health Department officials opens up a discussion on transfer of licenses and assets in legal business acquisitions, in an industry that runs under state regulatory approval.

In a statement to Cannabis Business Times, Harvest Health & Recreation said that the latest development marks the new acquisitive time, especially in the cannabis industry. Usually, most transactions involve assets fall within many individual state regulatory systems. He then said that Harvest evaluates its options to ensure that it is compliant with regulations in every state.

However, the letter discussed more things, beyond the M&A news. It brought up a second concern involving older Harvest’s business in its existing footprint in Pennsylvania. “Currently, the harvest has seven state licenses that allow it to operate up to 21 retail stores across the state,” as per the press release.

In Pennsylvania, individual companies are limited to only five medical marijuana dispensary licenses with each of the licenses allowing them to run three storefronts, which caps companies to 15 dispensaries. “The Health Department will issue one person with more than one individual grower/processor permit,” according to the 2016 state’s medical marijuana law Section 616 (3).

Therefore, there is a huge disconnect between the number of licenses that the department perceives Harvest holds and the number of licenses it really holds in the state. Harvest Health & Recreation holds seven licenses, a number that exceeds the permissible count. The Health Department perceives that Harvest Health & Recreation does not hold any license, which raises an issue of interpretation. There are many questions about where the legal entity’s public image begin and end.

Remember, the licenses were never issued to Health Harvest & Recreation Inc. but to individual LLCs.

In another case, Harvest was awarded six licenses, which translates to 18 storefronts during the second round of the state’s medical marijuana dispensary business. The number again exceeds the state’s cap. However, these applications are believed to have come in the form of different LLC’s such as the Harvest of North Central PA LLC and Harvest of Southeast PA LLC while citing the same management team in each application.

In 2017, there was a similar case where a SMPB Retail LLC from Arizona won a license Harvest of Reading Company during the first round of medical marijuana dispensary business licensing.

In Tempe, Arizona, seven LLCs with connection to Harvest hold dispensary permits in Pennsylvania. This allows them to potentially hold up to 21 dispensaries within the state, just as stated in the press release.

Nevertheless, the state appears to still have a problem with how the announcement was conveyed as stated in the Health Department letter.

In his letter, Collins explained that Harvest Health & Recreation Inc. did not apply for any of the licenses since each business is considered a separate entity under the law. But as the permit applications provide, the department expects each of them to run an independent entity.

“Therefore, if there is a continued misrepresentation that implies that these entities are one and the same, it will be taken as a falsification of the license applications. This will force the Health Department to take action against these entities, which will include possible permits revocation,” explained Collins.

While responding to Cannabis Times after a request for comment, Harvest Health & Recreation said. “In the process of acquisition, we are required to file a public notice of intention at an early stage. Harvest is always committed to being compliant with the set guidelines as well as working closely with the department, especially on their medical cannabis program. Besides, we hope to expand our services and bring a high-quality experience to reach all deserving patients across the Commonwealth.”

However, the latest scrutiny from the Health Department follows a published investigation by Globe’s Spotlight investigative team. The published scrutiny was a series on cannabis permit transfers as well as the emergence of business ownership in Massachusetts. This story brought up many questions on how large companies were bypassing state regulations to multiple cannabis permits that exceed the state limit. Using some sort of management agreements or outright ownership to acquire licenses that exceed the number set by regulators is becoming a common issue.

For the current issue in Pennsylvania, the state is calling out on Harvest Health & Recreation Inc for how the information on dispensary licenses is being conveyed to the public.