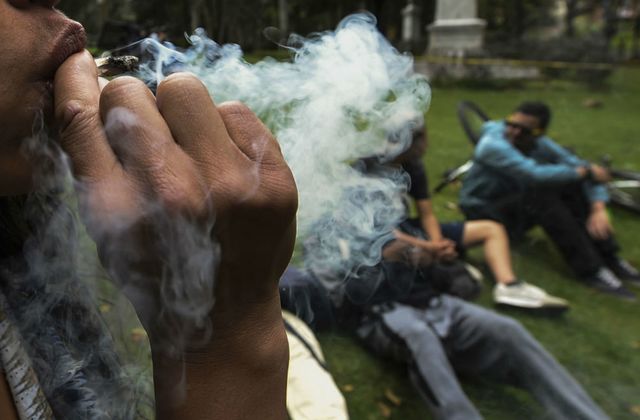 According to the Deputy Director of Marijuana Policy Project (MPP) Mathew Schweich, South Dakota is the first in the U.S to place both medical and recreational marijuana initiatives on the same ballot.

Speaking to Cannabis Times, Schweich said that it is an exciting opportunity, and they are confident that both measures will be approved if they campaign effectively. Furthermore, their research shows that the majority of South Dakota residents are in favor of both initiatives.

In the U.S., there are three states without a marijuana program in place, South Dakota being one of these states.

On 6th January, the Secretary of state officially certified that the recreational marijuana legalization initiative, which was led by the South Dakota for Better Marijuana Laws, had submitted more than 50,000 signatures required for the measure to be placed in 2020 ballot.

The adult-use legalization initiative was referred to as the Constitutional Amendment A is supposed to legalize marijuana for people aged 21 and above. It would also establish a system for regulating marijuana sales, and lawmakers would be required to enact a hemp cultivation law by 2022. The initiative also has provision for imposing a 15% tax on marijuana sales, and a portion of the revenue would be used to fund the state’s public school system.

In December 2019, more than 30, 0000 signatures were submitted for the medical marijuana measure called Initiated Measure 26, which was led by the New Approach South Dakota. The initiative is for enacting a medical marijuana law for patients with chronic medical ailments.

According to Schweich, the medical marijuana initiative establishes a framework where doctors can provide patients with treatment recommendations. It would also include provisions addressing how the Health Department would regulate the dispensaries.

During the campaigns for both measures, MPP has been involved and will continue to even during the elections. MPP helped oversee the signature collection drive. Marijuana Policy Project will provide the public with education on the measures and what they mean to the residents of South Dakota in the months leading to the elections in November.

Schweich further noted that they have to adopt a strategy that works for South Dakota because every state is unique with different media markets and levels of population density.

Schweich further said that they are welcoming endorsements and will also be holding press conferences to inform people about the benefits of adult-use and medical marijuana legalization. He noted that they are in the planning phase of the campaigns and that they are positive that they will be successful.

In 2019, the Governor of South Dakota vetoed the hemp law bill after it was approved in the legislature. This shows that it would be unlikely to pass any marijuana legislation through the majority are Republicans who are opposed to any marijuana reform. So, the ballot is the best alternative for legalizing medical and recreational marijuana within the state.

MPP is urging the voter to approve both initiatives, but if one pass and the other fails, implementation of the approved will still take place since they do not conflict with one another.

However, placing both initiatives on the same ballot may be challenging because some voters maybe 100% ready to legalize medical marijuana and still have questions about recreational marijuana, and some voters may be confused about having both options on the same ballot. Therefore, the MPP, as well as other marijuana advocates, will have to hold a lot of conferences and public gatherings to explain to the public how the measures work together, but also clarify that they are not co-dependent. They would also have to explain the differences and convince the voters on both policies.

Once the people approve the measures, it will be the work of the legislation to implement the will of the people.

The legislature cannot change the adult-use initiative unless it places the question back on the ballot. However, they could block implementation of the measure. And the MPP is working on the ways through which they can push back in case that happens.

Medical marijuana has the overwhelming support of the resident of South Dakota; therefore, the chances of the legislation appealing after the voters approve it are minimal.