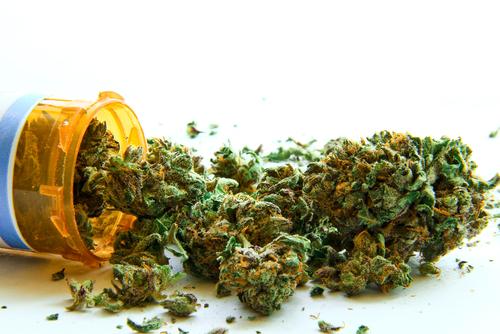 Tantalus Labs is a reputable supplier of elite B.C. craft weed. The company raises the marijuana growing standards by harnessing sunshine and rainwater to cultivate and nurture premium marijuana in its SunLab, which is the first marijuana-designed technical greenhouse. The company strives for optimum growth of weed in a natural way. Tantalus Lab’s greenhouse ecological footprint in the production of cannabis is less than other alternatives for growing marijuana.

The CEO of Tantalus Labs, Dan Sutton, said that the company is excited for partnering with the Ontario Cannabis stores as it provides them with the opportunities of sharing their passion with Ontario residents and introduce their B.C grown marijuana to Eastern Canada. He further says the company receives consistent appreciation for their brand and products from customers all over Canada. Sutton noted that it is Ontario’s turn to experience the quality B.C Buds.

As a sign of their commitment to quality, Tantalus is positioning itself to maximally utilize the second wave of marijuana legalization by executing partnerships with Valens Groworks Corp, which is an extraction company based in Okanagan and Postmark Brewing which is beverage company based in Vancouver. Tantalus is expanding its product range to consist of a variety of high-quality consumer products.

Tantalus is hosting “Notes from the West Coast” to celebrate its arrival in Ontario. It will be an immerse and Educative event hosted by the suppliers of Elite BC Cannabis. During the event, Tantalus Labs plans on introducing their premium range of products to Toronto tastemakers and capture the guests with themes that are meant to trigger their curiosity and interaction. The company honors its mandate by collaborating with artists across Canada. Tantalus joined forces with New York DJ, producer, and the head of a label, Galcher Lustwerk, DJ Jaime Sin, who is based in Toronto, and Galen Allan to provide entertainment during the event. The event is to be hosted at the Costume House, which is located in Toronto Geary Avenue in the progressive arts district. It is scheduled to take place on November 21.

The cannabis-tailored greenhouse at Tantalus Labs is the first to be federally licensed in North America. The company upholds its commitments on being the leading at best practices in sustainable cultivation.

Governor Legalizes Hemp Transportation through the State of Idaho