"> The Legislation of Medicinal Cannabis Advances in Illinois – MedCare Farms 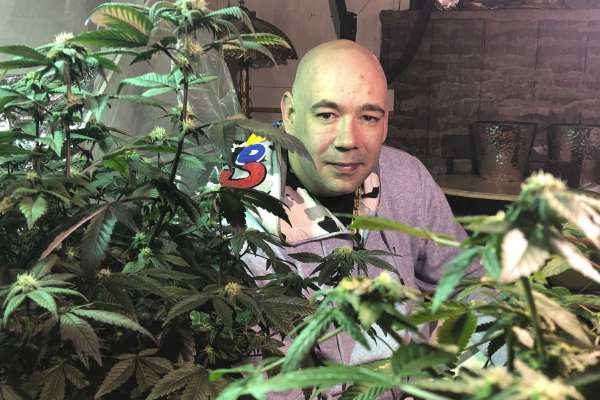 The Legislation of Medicinal Cannabis Advances in Illinois

Last week, a Senate committee advanced a bill meant to allow patients to inhale medical cannabis and do away with the need for prescribing physicians to live in the state.

Rep. Ted James, D-Baton Rouge sponsored this proposal, which is among the several bills intended to update the cannabis laws of the state this session.

The present law allows patients to take medical cannabis through extracts, oils, and edibles. The new proposed bill would permit patients to inhale marijuana through inhaler devices. Prescribing physicians would also not have to reside in Louisiana any more, even though they would still have to be licensed by the state.

Development and distribution of cannabis inhalation products would be regulated by the Louisiana Board of Pharmacy.

The Alison Neustrom Act passed by the legislature in 2015 opened the door for research on medical marijuana and cannabis in Louisiana.

From research legalization, LSU’s AgCenter got into a partnership with the GB Sciences Louisiana to research the effectiveness of oils from marijuana and hemp plants in treating epilepsy. In April, the LSU’s AgCenter was given the first $500,000 research investment grant.

However, there is an ongoing dispute between the state’s agricultural dispute and LSU’s AgCenter that has barred medical marijuana distribution to patients.

The inhalation bill was voted in unanimously by the house and now moves to the Senate floor for the final passage.

The approval comes a day after a controversial bill by the Agriculture committee to legalize growing hemp in Louisiana advanced with a 5-2 vote. The proposal was amended heavily in a lengthy debate and would inflict tight restrictions on hemp cultivation.

Marijuana and hemp come from similar plant species, but hemp has close to zero THC or psychoactive properties. Hemp is the cannabis plant’s fiber and has multiple uses like making ropes, fabric, and paper products.

Governor John Bel Edwards, A Democrat set to run for re-election in fall, has declared his support on Louisiana’s hemp regulation.

The hemp bill would additionally allow for the sale of CBD-based products, which has for a long time stayed in the legal grey area. Notices to vendors have been issued by the Louisiana Board of Pharmacy stating that CBD is illegal. However, the board has not taken steps towards enforcing the claim.

CBD is derived from hemp. It is used to relieve pain, anxiety, and even manage epilepsy. Retailers of CBD-based products operate in cities across the state.

Several legislators are also trying to make recreational marijuana legal, but odds remain if Republicans in the legislature will advance the efforts.

A bill sponsored by D-Baton Rouge, Rep. Edmond Jordan, and co-sponsored by James seeks to regulate the cultivation and sale of recreational marijuana.

This proposal would also require the Louisiana Department of Agriculture and Forestry to hand over 15 growing permits for industrial marijuana. The permitted facilities would have to adhere to stringent guidelines, and vendors would be required not to sell to people below the age of 21 years. Jordan said that from this, the state could generate $240 million of marijuana revenue, which would be invested in Louisiana.

The bill was reassigned from the House Judiciary Committee to the Administration of Criminal Justice Committee last week.

In 2016, the simple possession of marijuana was decriminalized by the New Orleans City Council. The ordinance does not make recreational marijuana legal, but reduces the penalty of its possession to a citation, instead of an arrest.