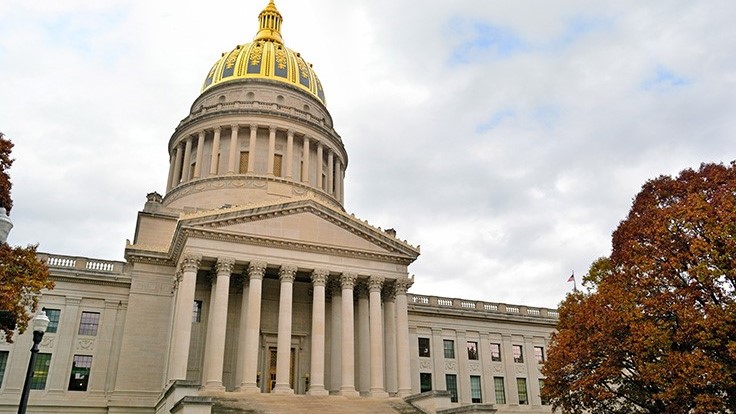 Gov. Jim Justice has vetoed a medical cannabis integration bill that allows such businesses to set up in West Virginia, though there may be a special session call to fix the areas of concern.

The latest development has left the lead sponsor of the bill disappointed as he considers this a huge setback for the program that was set to be rolled out on July 1. However, a fix to address the areas of contention on the bill may be in works in May when the special session is set to resume.

As mentioned above, the main goal of HB 2079 bill was to pave the way for vertical integration of medical marijuana businesses in West Virginia. Remember, the current law restricts cannabis processors or growers from running dispensaries. With the bill, one company would have been allowed to operate all three.

According to Delegate Mike Pushkin, D-Kanawha, (the lead sponsor), about 70 percent tax rate on dispensary profits would amount from the Internal Revenue Service tax regulations. Combining operations enables companies to run at a reasonable profit.

Delegate Mike Pushkin believes that the state is setting the upcoming program up to fail if there is no vertical integration in place on time as well as allow people to acquire multiple licenses.

Gov. Justice bases this imbalance on a provision added to the bill by the Senate Judiciary Committee. The current law provides a 10 percent gross receipts tax on sales by processors or grower to dispensaries.

However, based on gross customer receipts, integrated businesses would be required to pay a 5 percent rate.

The tax could not be transferred as a separate line item or charge to the buyer in any case.

In his Veto message, Justice stated that businesses might be classified and taxed differently by the Legislature, though the federal law demands that tax be reasonable. This is based on the real differences in these businesses and the relevance to the enabling legislation. “It is quite hard to justify the classifications in the bill, using this test,” said Justice.

However, Pushkin as expressed his frustration at the governor’s reading of the bill. “I feel that the governor does not understand the importance of the bill and the concerns. Maybe he could learn more about the types of issues if he would attend the special session regularly.

Pushkin also claimed to understand why the governor considers the bill potentially unfair to other businesses. “There aren’t going to be any standalone dispensaries in the setup, so the state government is protecting a class of business that potentially is not in existence.”

He also believes that it could have been wiser for Justice to approve the bill into law and leave necessary fixes for the next session or a special session since it will most likely take a full year before any product is taxed.

“By blocking the bill, we have really delayed the program for at least another year, which is quite unfortunate since there are many individuals suffering from seizures or going through chemotherapy. Besides, many people would like to make this thing work, but the governor’s veto has now prolonged their wait.

“If Gov. Justice is sincerely trying to fix and supports the medical cannabis program in this state, then he can let us fix it or do it himself.”

Moreover, Pushkin state the bill provides other provisions that seek to ensure that the businesses operate successfully.

Besides, the bill proposed that before approving the dispensary permits, the state Bureau for Public Health should consider geographic location. This replaced the initial requirement that demanded even distribution of all types of business among several established regions in West Virginia.

The bill also eliminated a requirement that was initially considered impossible to meet, which required a pharmacist or physician to be on the site at every dispensary.

Finally, Pushkin believes that the current set up could potentially scare off millions of dollars in investment and hinder the creation of many jobs.

Gov. Justice supports the medical cannabis program in favor of those who need it and has also confessed that he would sign the bill if the legislators come up with one that fairly addresses the tax issues.

Besides, the Dominion Post was also not left behind as they sent questions to Mitch Carmichael (Senate President) and Roger Hanshaw (House Speaker).

In a phone interview, Carmichael confirmed that the governor and the members of the house were in support of the bill. But, Hanshaw declined to respond to the questions about the bill.

The Senate President regarded the governor’s concerns as technical issues that could be fixed during the upcoming special session that was called by the governor to work on the education reform bills.

“This bill will back on the call, and we will handle it very quickly,” claimed Carmichael. Passing it is important, as it will ensure that those who need it can get some relief.

Remember the governor has the full mandate to determine the bills that should be addressed during a special session under the state law.

The special session has adjourned until when the Senate President and the Speaker call the legislators back, even though it began immediately after the regular session. Carmichael believes that this will not extend beyond May.